LUCKY Number 7
For some ‘lucky 7’ is their favorite number. There are seven days of the week, seven colors of the rainbow, seven notes on a musical scale, seven seas and seven continents.
Snow White ran off to live with seven dwarves, there were seven brides for seven brothers, Shakespeare described the seven ages of man, and Sinbad the Sailor had seven voyages.
For Looking Forward Head Support it took 7 years to bring a dream to fruition.

Dropped Head Syndrome, caused by neck extensor weakness is found in a variety of neuromuscular disorders. My husband David has PD and In 2008 when his head began to drop I started on a ‘mission’ to find some way to help him. Day to day life was becoming difficult. Socializing and making eye contact was becoming a ‘thing of the past’. Neck braces were uncomfortable, confining and painful. Eating and drinking was next to impossible.
Working in collaboration with a wonderful lady and friend, Elaine Whittingham, (http://www.childharness.ca/) it took us almost 3 years to come up with a design that was effective and yet simple enough to use independently. Something that would enable those with Dropped Head Syndrome ( DHS) to walk about unrestricted without being confined to a chair.
Anything worthwhile is worth working for and in 2011 Looking Forward Head Support debuted. Since then, not only David but many others are helped and benefit daily from our LF system. We have customers in the U.S. U.K , Canada, Israel, Spain, Bangkok, Sweden, Russia, Germany and many other countries who are successfully enjoying a better quality of life with the Looking Forward Head Support System.
On December 1st, 2015, SEVEN years from its inception, we were granted a patent for our LOOKING FORWARD HEAD SUPPORT SYTSTEM by the United States Government. (PATENT # US 9, 198,794 B2)
Elaine, David and I want to thank all of our friends relatives and customers for their love and support bringing the Looking Forward Head Support on its 7 year journey.
Marlena Juniman 2015 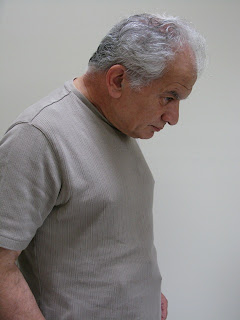 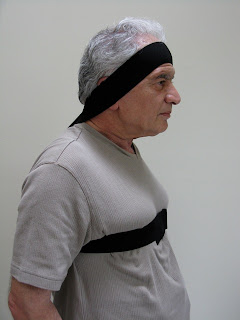