Marlena Juniman from Upper Holland, PA Nominated by her daughter Nicole Tufaro
PARKINSON'S SUPERSTAR 2012
I would like to nominate my mother, Marlena Juniman for my Parkinson’s Superstar! My stepfather, David, has Parkinson’s. I myself, have Multiple Sclerosis. My mother has had to deal with both of our illnesses and has risen to the occasion! Most recently, she developed the Looking Forward Head Support System (Patent pending) with my stepfather David as the initial inspiration and model.

David has developed 'dropped head syndrome' and the Looking Forward has been life changing for him. It has helped him to be able to once again look people in the eye. He now enjoys dining out and has an easier time swallowing his food.

It is Marlena's hope that the Looking Forward will help Parkinson’s patients worldwide who develop dropped head syndrome, to have a better quality of life. My mom never ceases to amaze me! She and my stepfather run a business and my mother is also a fulltime caretaker of my stepdad. She never tires of researching and finding solutions to whatever is presented to her and she does so with a smile and a never ending positive outlook. 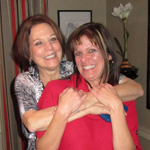 Having Parkinson’s is anything but easy, but my mom goes the extra mile to make sure that my stepfather has only the best care! Between my stepdad’s illness and mine, no one has shown more support, and been our champion!!! She deserves to be the superstar!

Posted by Marlena @ Looking Forward Head Support at 14:17 No comments: